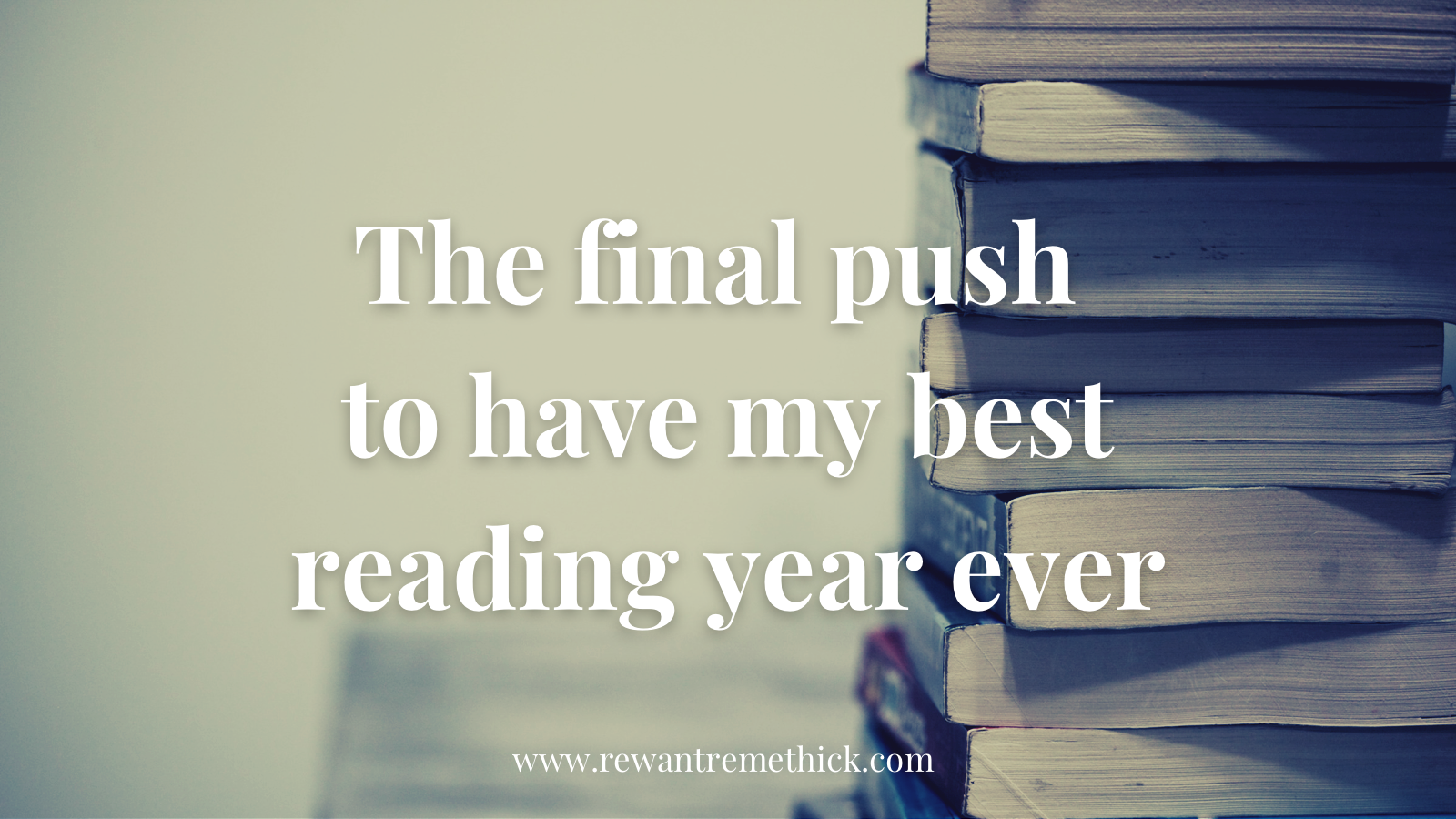 To be honest, I’ve been in a bit of a reading slump. Mostly because I rediscovered Warhammer 2: Total War. As a result I’ve dropped from being well on track to beating 2020’s personal best of eighteen books read to facing a bit of a push to equal it.

But I have one advantage; before I slumped I was halfway through three books. There’s still a chance I can set a new personal best. These are the books I’m looking at to help me do it.

The Eye of the World

I finally got around to starting The Wheel of Time! It took many years to psyche myself up for it. I’m not so good with long books, so a series of a dozen or so gigantic books seemed like a pretty big undertaking.

If you’ve ever had to say ‘I’m sorry, but I’m just not ready for that sort of commitment’ to a bookstore assistant who wasn’t asking you out on a date, chances are you’re a fantasy or science fiction reader.

But back to Eye of the World. It’s kind of ironic really that what finally motivated me to dive in to this book was the (then) impending arrival of Amazon’s TV adaption. Which I didn’t like and gave up on at episode four.

I’m enjoying the book though, with a couple of significant caveats. Mainly that it’s very derivative of The Lord of the Rings in places. I’ve read that this is only a problem with the first two books, though. And there’s enough unique about the story and world that I can simply roll my eyes and move swiftly on whenever things get a little too ‘Middle Earth’.

A pile of Neil Gaiman’s books were in the Kindle sale a few months back and, given that I’d reread and thoroughly enjoyed The Ocean at the End of the Lane at the start of the year, I was happy to pick up Stardust and Neverwhere for just £0.99 each.

Which, as someone who knows how much time and effort goes into writing a book, kind of feels like stealing. If I ever met Neil Gaiman I’m not sure I’d be able to look him in the eye, even though I found out about the sale because he tweeted about it.

I started reading Neverwhere using the Kindle app on my phone in an attempt to do something more useful in those little snippets of spare time that can otherwise easily get lost to scrolling social media, playing mobile games, or wondering if there’re any biscuits left.

I’m enjoying it so far, although not as much as The Ocean at the End of the Lane. Not sure why, but I have to say I’m finding Richard’s pining over Jessica a tad frustrating. It’s not a fault in the novel, it’s just that characters not standing up for themselves is something that always puts me off when I’m reading or watching something.

Harry Potter and the Chamber of Secrets

I’ve been looking forward to reading the Harry Potter books to my son probably since, well, he was born. It’s not that I’m a massive fan myself anymore, but I loved the series as a kid/teenager and knew that he’d enjoy them too (although he’s much younger than I was when I first started them, mostly because when I was his age they hadn’t been published yet – he said, anciently).

And I’m enjoying them a lot more than I thought. When I got older the books just stopped being of interest to me, but going back through them now I’m rediscovering just why they’ve been such a phenomenon. Even if my son gets bored I’ll still read the rest of the series to myself: especially as The Prisoner of Azkaban is my favourite instalment.

We’re getting through ten or so pages every night before bedtime, so hopefully we’ll finish this in time to watch the film over the Christmas break.

Although I have to say that Hogwarts is the worst school ever and Dumbledore isn’t a great role model. In the first book he’s like ‘The most evil and powerful dude ever wants this magic rock. I know – I’ll store it next to all these kids!’ and then in book two it’s all ‘Well yeah, a few people have been cursed by an as-yet unidentified entity in the school, but I’m sure it’ll be fine. Want to stay over the Christmas holidays? Knock yourselves out!’

Bring it on (this is subheading, not a book title)