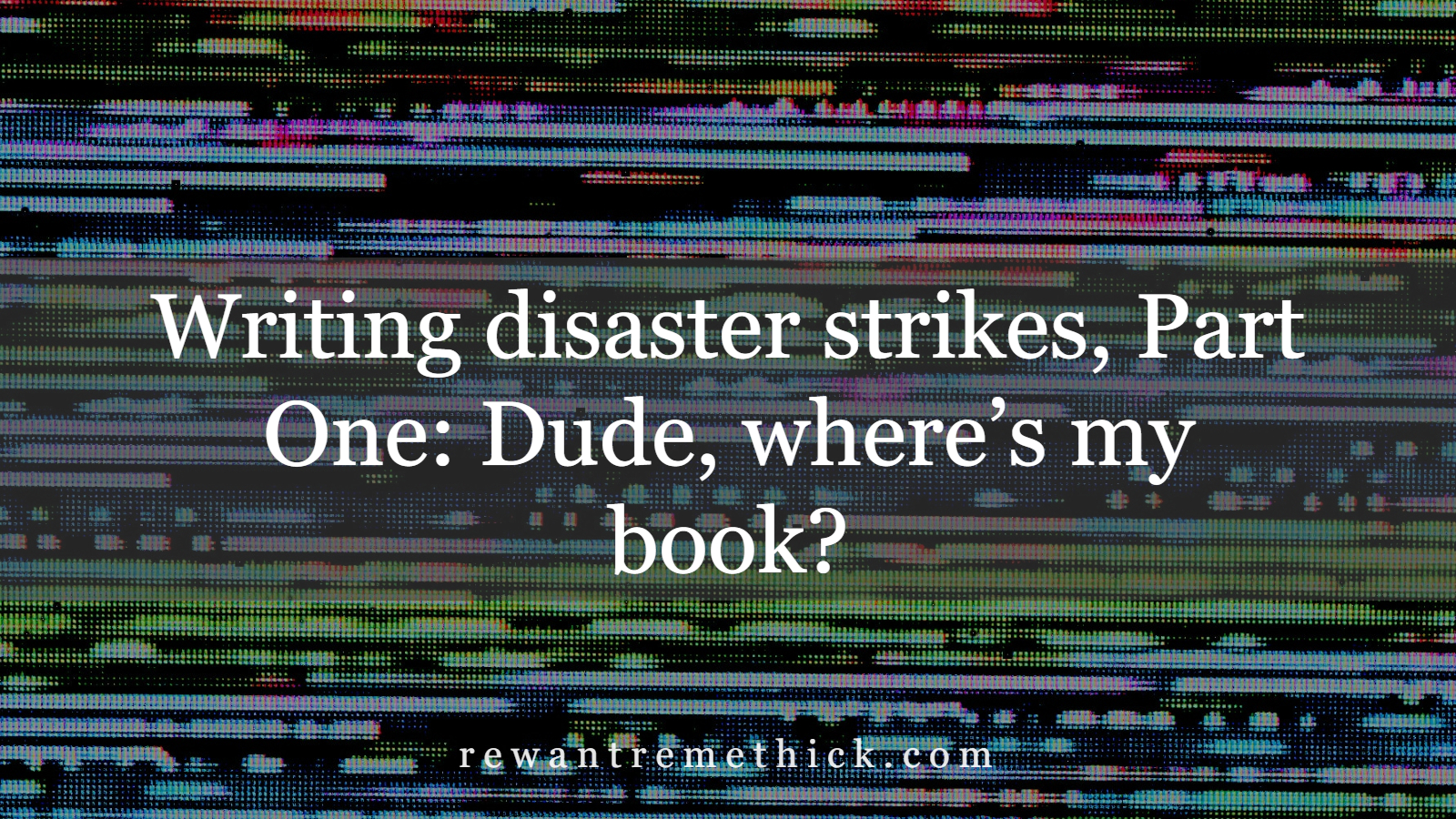 A few weeks ago we had a ‘wellness weekend’ in work. They gave us all Monday and Friday off to make sure we all took some time out to relax, do something that made us feel happy and just to have some extra free time after a busy few months.

For me, my ultimate wellness pursuit is working on my books. So that’s what I did: the two days in which I would have been sat at my desk doing my work, I was instead sat at the same desk with my own laptop, beavering away on my work in progress.

That’s the book that I announced I was going to start writing in the post #Amwriting…too many books?

I had two days almost full time, pretty much, to work on this book. It went really well; I wrote 8,000 words during that time.

If you’ve read the previous post you’ll know that this is only supposed to be a short book anyway. So those two days of work took my total word count up to 10,000 words – a sixth of the book done.

All in all I think it’s fair to say it was a hugely productive couple of days.

And then disaster struck

My computer crashed. It crashed just as my document was syncing the latest changes to OneDrive.

I nervously waited for it to reboot, as uneasy as a prolific grandfather clock thief who gets a doorstop visit from the police at two minutes to the hour.

My laptop turned back on and I attempted to open the Word document. It wouldn’t open. I did some research online and tried a few suggestions that I found. There’s even an option in Word that’s supposed to help you repair damaged files.

Nothing worked. I finally found a tool online which people were saying was really good for rescuing damaged files. I uploaded it to that and I managed to get it working. I opened the document that the tool had ‘rescued’.

The document was blank

10,000 words of this project, not far off being a fifth of the whole book, gone. Two days wasted.

I’m not going to lie, I might have shed a tear or two at that moment. For many reasons. Obviously one because it was some very good progress – if you spent two days solid doing anything and the next thing you know it all disappears that’s going to be upsetting.

But there was another aspect to it. Again, if you’ve read my last post you’ll know this wasn’t just a case of me writing another book; this was supposed to be my chance to prove to myself that I could actually write a book in a reasonable timeframe, and get it out there.

It was my chance to prove to myself that I could do what I want to do. That I possess the skills and drive to go alongside the vision that I have. So, for my ‘statement’ to disappear like that, thanks to a computer error, felt kind of like I’d said ‘I’m going to make this work’ and the universe had gone ‘Haha, NOPE’.

Does the universe want me to fail?

I genuinely had a few hours where I wasn’t sure what I was going to do next. A massive part of being an aspiring writer is being able to just pick yourself up and keep going.

Whether it’s because you get rejected by an agent, publisher or magazine; because the things you do to get try and get noticed fall flat and you just remain invisible; or you see how many other people are out there trying to do the same thing and get overwhelmed by it all.

There are a lot of reasons why it’s tough. Every now and then you’ve got to pull yourself together, be tenacious – be pigheaded even. But part of me thought that maybe this was one knock too far. I wasn’t sure what to do.

Just when all hope is lost

Luckily, two things happened. The first was that I remembered that the previous night I’d actually opened the document again on my phone to make a note about a character or plot, or what I thought should happen in the scene I’d start writing the next morning.

This meant I had a cached version of the document on my phone. Sure, it was missing the second day’s worth of writing: it was a 6,000 word-long document instead of the full 10,000 words, but that was already a huge improvement.

And then, thank the universe for Version History on OneDrive. If you’re not familiar with this, when you make changes to a document on OneDrive – or Google Docs for that matter – OneDrive keeps a record of what those changes were and saves both the old version and the new version of the file in the same place.

When you open the document you’re actually just opening the latest version of that file.

They’re all kind of saved and sort of stacked together in the same file, but you only ever see the latest one. So, while I couldn’t open the latest version of the file, OneDrive has an option where you can open a previous version of it without even having to open the document first.

This meant I was able to jump back into the penultimate version of the file, which just so happened to have been created just a couple of seconds before the crash.

I’m not technical enough to know what actually happened when my computer crashed, but maybe it was more that the link between that file location and the different versions of the file is what was broken.

Like OneDrive had all these virtual pieces of paper floating around, all correctly labelled, but it forgot that those bits of paper belonged in that file. Or something.

Anyway, thanks to OneDrive I was actually able to roll back and get the full version of the document. All 10,000 words, restored! Thank you Microsoft! In return I take back everything bad I ever said about Windows 8. Well, most of it.

Cover photo and corresponding social media tile is based on a photo by Michael Dziedzic on Unsplash.