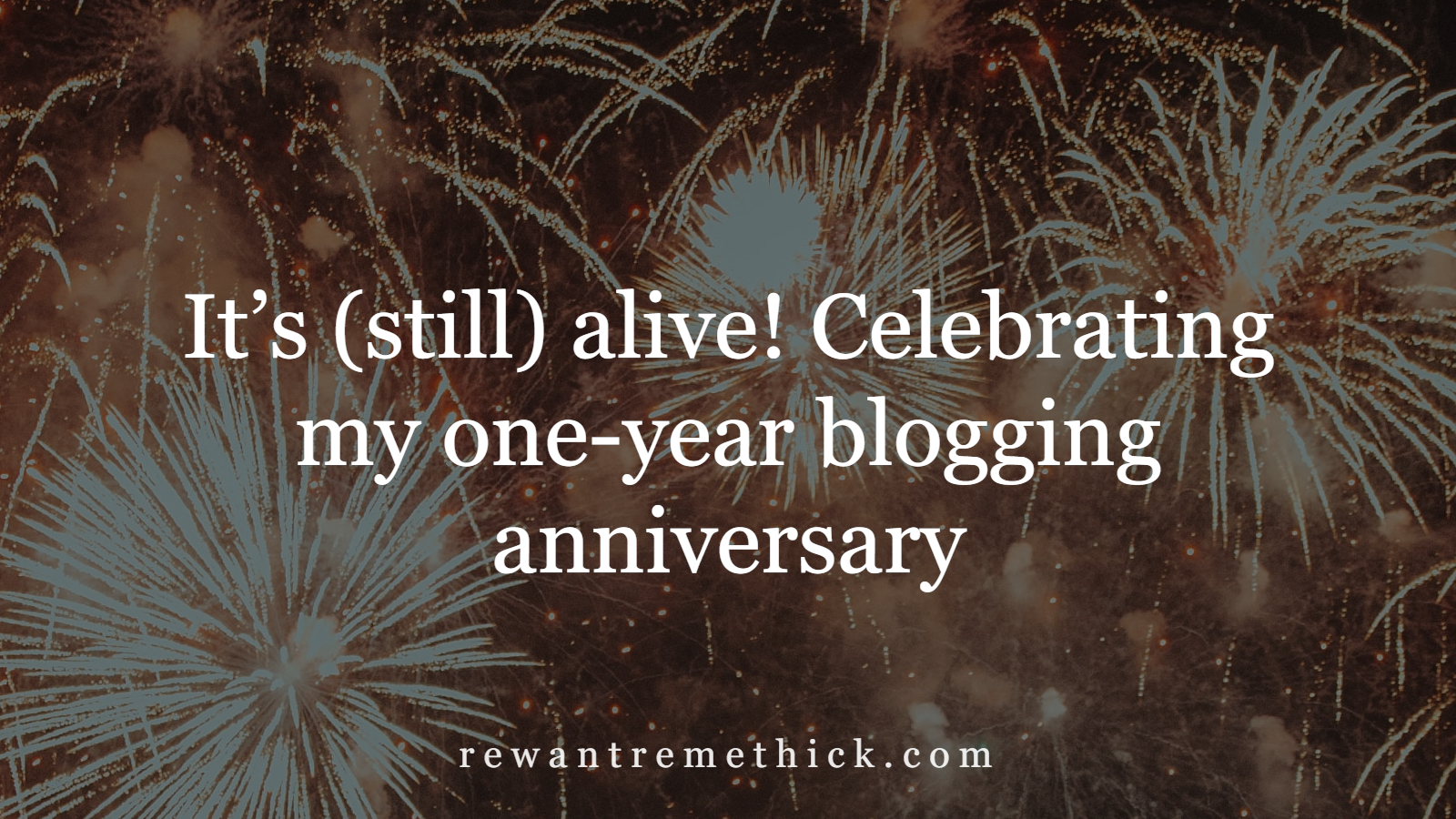 Let off a party popper. Treat yourself to an enormous slice of cake. Dance and sing in the streets. Rejoice, people of the internet, for my blog is one year old today!

Yeah I know, nobody really knows it exists. But that’s fine. In fact, that’s almost by design.

Allow me to explain.

I’ve tried blogging a few times in the past. I had one successful stint for a couple of years in the early 2010s, but since then every attempt I made to start another blog failed faster than a Windows computer trying to perform any basic task after a security update.

I didn’t even intend to start this blog. Not that it was an accident. It’s hard to call pasting 1,000 words into the WordPress Content Management System and hitting Publish (after adding tags, categories, and picking a theme) an accident.

But when my first post on here went live it had only been a few months since my last attempt at blogging had collapsed like a house of cards next to a train track, after just a few posts.

This time it was different.

I didn’t start writing articles and posting them on here because I thought I had to. True, every aspiring author should have a platform, but – and this is a recurring theme for me – it’s very easy to turn a passion into a chore simply by including the word ‘should’.

When you feel like you have to write a post every week, it can be hard to be your authentic self. I believe if you’re struggling for ideas for your blog after writing just a few posts, that’s a good sign that you aren’t blogging for the right reasons.

I started this blog for the right reasons. It took a few attempts to find what the right reasons are, but eventually I uncovered it, buried underneath all the expectation and beliefs about what I ‘should’ be doing.

And when it comes down to it, the reason I’m doing it this time is embarrassingly obvious: I like talking about the things about which I’m passionate.

Hardly groundbreaking, is it? Descartes, were he alive, wouldn’t exactly be like, ‘Shit, I’m parking the “I think, therefore I am” material; this dude’s just taken philosophy to another level’.

But that’s the downside of being ambitious. You tend to focus on the big goals and then work backwards. At some point you, often unknowingly, transition from thinking ‘How can I make it so that my life revolves around doing what I love?’ and instead start thinking about everything from the perspective of where you want to be. Which naturally leads you to focus on where you fall short.

Which is why it’s important to spend some time every now and then looking at how far you’ve come.

And on that front, I’ve gone from not being able to keep a blog going for more than a few posts to blogging for an entire year, almost half as often again as I originally intended to.

It’s a relief, and also something I’m genuinely excited by. Perhaps I’ve finally cracked this consistency malarkey. I’m determined not to rush towards some other big goal now though, just because I’ve achieved this. I need to sit and have a good think about what the next 12 months of blogging looks like for me. Who knows, it may even involve writing a post that actually gets read by someone 😉